Wardrobe stylists carry with them a styling kit that contains the end-all-be-all of first aid for mishaps, or the avoidance of them.

The number one item I carry wherever I go is double-sided tape. Great for keeping body parts and clothing in place. I use the Hollywood brand because I trust its strength and quality.

Recently, I found a fantastic website that carries the Hollywood brand and also offers almost anything you need for styling beneath the couture.  This is not privy to just professional stylists, but anyone who would like to appear flawless.. men or women. I also appreciate one-stop shopping.

Bubbles Bodywear specializes in shapewear for women and an ever-expanding men’s shapewear section. Shapewear is of ultimate importance to pull off a sleek look whether being photographed on the red carpet or an added boost of confidence on a first date. This site offers much more than shapewear or an added curve to help you out. On their page, Fashion Fixes, you will find a collection of ingredients necessary for urgent remedies. I highly recommend the Fashion Emergency Kit. It includes the essentials needed to handle any malfunction situation or oopsie…and for only $15.00!  If you travel, this is a MUST.

For stylists and beyond, the Bra Accessory page has myriad of valuable products (more than ‘chicken cutlets’) used for a successful silhouette. Basically, Bubbles Bodywear has thought of it all. Top OR bottom shapewear is available for your slimming and/or enhancing needs and accessories for a quick fix. Peruse the pages, you will be amazed at what interesting items you will find.

Bubbles Bodywear is quality, revolutionary, and affordable. Check them out. http://lovemybubbles.com

You can thank me later.

Poof! Before and After Magic 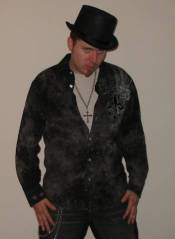 When Justin Jaeger approached me to help overhaul his image, I was excited but hesitant. A client 1400 miles away, an entertainer with whom I had no previous experience …nor his specialty, and wondered how accepting he was for change.

Justin is “Justin the Mystifyer”, a magician and illusionist. I have worked with athletes, actors, musicians and businessmen. Never a magician. This particular magician/illusionist was also a rocker. My mission how to dress him to manuever the stage safely and comfortably during a performance was paramount, not to mention staying away from being seen as a version of another celebrity illusionist (see “Before” photos).

Thanks to technology, 1400 miles is not a hurdle when you can use email, telephone, and Skype to get the job done. Consulting and guiding this client without hands-on was going to be more teaching than just styling. I was thrilled that Justin was willing and eager. We knew clothing, hair and stage make up were the beginning step to change.

Due to his coloring and individuality, we chose an earthy color palette with a hint of jewel tones. Accessories change the look of any outfit, so to give an edgyness, we looked at leather and hardware to up his rocker ante. Vests and fitted jackets were a good choice to set him apart as the star and not the fan. It is easy to settle for just comfort, but in this field, you are the single celebrity on stage and have to express that. He also hosts a weekly talk show. The host needs to be on point.

Justin’s makeover didn’t stop with his own personal image, it went across the board to his website, marketing, merchandise and more. Branding his new look in every aspect. 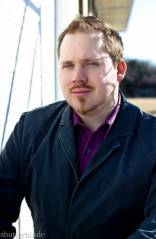 Comfortable in his changes, Justin’s trajectory is going nothing but up. Talk show hosting, a show tour, and a future show in Las Vegas. 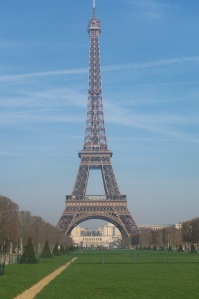 On my trip to Paris last month, I was excited to observe French women in their own habitat. They were more effortlessly chic than I imagined. The men as well. It was late winter with beautiful days in the 50’s and 60’s. Everyone wore black, few jeans, lots of leather pants, and everyone…and I do mean EVERYONE wore a scarf.

The surprising thing to me was the minimal makeup they wore, if any. They had very good skin. Most had mid to long hair, maybe with a slight long layer in it but nothing ever fussy. Haircolor was in natural shades. Minimal jewelry. If earrings were worn, they were a stud. Nothing hung off past the earlobe.

The reoccurring description used in the French woman’s look is, minimalist. However, something caught me off-guard, but was totally Parisian.

Hosiery. Women wearing skirts, wear hose…probably nylons with a garter belt, but who knows! The most ornate beautiful hosiery I’ve ever seen. Sheer black with a satin lace up back and a bow. 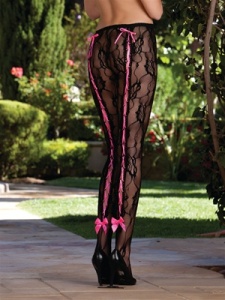 I have a feeling they are classic chic on the outside, and flirty sexy underneath.

I love Paris. I will return, hopefully to stay a bit longer.